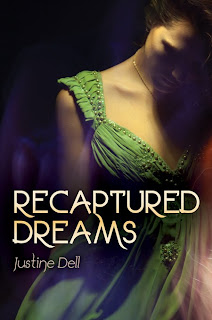 Today, I am highlighting my good author friend Justine Dell's new book Recaptured Dreams. It is being published today and I'm so happy for her.

Ten years, the Atlantic Ocean, and several rungs in society have kept Xavier Cain from having Sophia Montel. Now twenty-seven, he’s spent his entire adult life building a fashion empire that could finally prove his worth to her family. When fate reunites him with Sophia at London’s premiere fashion show, one problem lodges in Xavier’s path: Sophia doesn’t remember him.

The only obstacle that has kept Sophia from Xavier is a horrific car crash that erased her memory at seventeen. She’s spent the last ten years fighting to reclaim a sliver of her past that her mother refuses to help her remember. When Sophia meets Xavier at the London show, however, all her fantasies come to life in one night of passion. Discovering he is the missing link, she is determined to find all the pieces to their love story and her memory.

Xavier wants forever. Sophia wants her memory. If they take this chance, they’ll have to start over. How far are they willing to go get what they want? And when the past catches up to them, can they handle the truths it has hidden?

There is a Goodreads book giveaway. 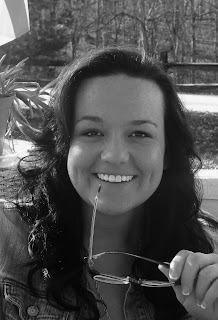 Justine lives in the Midwest, happily catering to her family, which consists of a horse-obsessed teenage daughter and four crazy dogs. She’s never moved from her hometown, but hopes to grow old in a much warmer climate.

During the day she works a normal job with college students who try their best to keep her young. They’ve done a good job thus far. At night, said teenage daughter and her horse require mounds of love and attention. The weekends belong solely to her and her writing. That’s when she morphs into a sticky bug, unable to leave the confines of her computer chair.

She started writing three years ago after seeing a movie that set off a chain reaction she couldn’t have stopped if she’d wanted. It’s not a hobby for her; it’s an obsession. One she loves and one she loves to share.

And don't forget to check out Omnific Publishing. Romance ... without the rules.